Can a laundry do better? Make smarter decisions? More profit?

A simple, rather interesting question: In a mature industry, with eroding prices on laundering, fierce competition and increasing costs, some laundries are able to produce results in the neighborhood of 10-15% EBIT. How do they do it?

What got us started

In the laundry industry the answer to that question has to do with cost control, which comes down to production execution, because in laundries a large part of the total cost of operation is determined by the daily planning and execution on the shop floor.

In most laundries the flow depends on the people who, on a daily basis, are orchestrating the efforts in the laundries. To replicate the results of the “15% performers” means to replicate their execution decisions.

That’s what we did.

We have spent 3 years on developing a “laser cutting optimisation”-like software for the entire laundry operation, that replicates the best flow decisions of the best laundry managers, and predicts the outcome of these decisions – before they are made.

In a mature, “red ocean” industry, true competitive edge is hard to come by. We deliver on that promise.

Few functions have had a greater impact on all types of communities and had a heavier influence on the development of the modern society, than mechanical washing – see for example Hans Rosling’s TED Talk, “The Washing Machine”:

Because laundering is such a fundamental part of modern societies and because there is a direct correlation between a society’s living standards, via hygienic standards and laundry quality to washing solutions, higher living standards simply mean more washing and more laundries.

The global standard of living continues to rise and the global middle class is continuously growing. The global laundry industry is a sector in continuous growth, and has been so for decades.

In the Western world around 6,700 industrial laundries and their 270,000+ employees annually wash an estimated 15 million tons of clothes. The annual variable costs of this production is estimated to be around 21.5 billion €.

On a global scale more than 23,000 industrial laundries and their 1.1 million employees process app. 34 million tons of clothes annually.

It is at these volumes and costs Laundry Logics’ solutions are targetted. 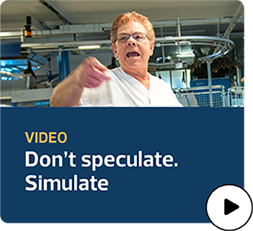 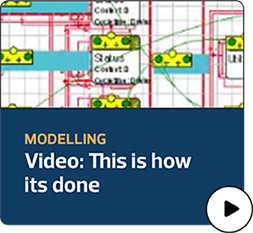